When ever I travel, I always make sure that I visits the tallest building in the country to have an overview of city. Hence, in Auckland, Sky Tower is a must visit place in my list.

Sky Tower is the tallest tower in the southern hemisfere with the height of 328 metres as compared to:-

In Sky Tower, there are:-

During my visits, we chose to have lunch at The Observatory Seafood Buffet as it provides complimentary access to the main observation level to it's customers before or after dining. It is located right above the Main Observation Level. The Observatory open everyday for dinner and Friday till Sunday for lunch. The lunch buffet starts from 11.30am - 2.00pm.

As we walked into the entrance of The Observatory, we are being greeted by the waitress and was given the seat right next to the viewing area. As customers walked into the restaurant, I realised that they provide seats right next to viewing area until it is all being taken. Then only to the seat further from the viewing area. In my opinion, this is really good, as why people wants to have lunch at The Observatory is because they want to look at the beautiful view provided. Thumbs up! 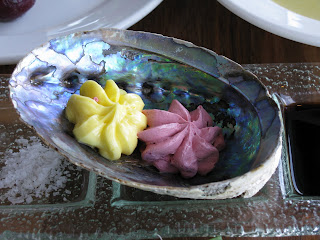 On the table setting, they provide a very nice abalone shell served with beetroot butter and ordinary butter. This was my first time seeing restaurant serving butter with abalone shell. It really impressed me and given me the thought that they are creative. 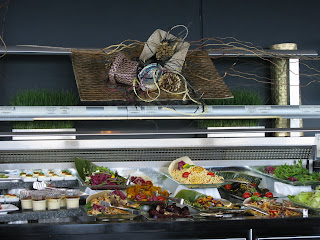 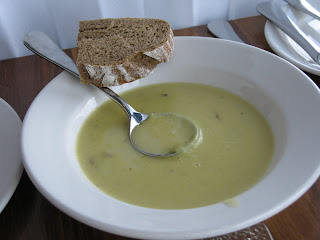 We started off the lunch buffet with the asparagus cream soup and bread. I personally find the taste of the soup was rather ordinary, and it was served in room temperature rather than hot. I think it will taste better if it's hot. Then I moved on with the cold food provided such as green salad, scallop, gherkin, pickled cabbage and basil pannecota. 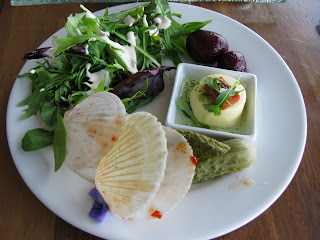 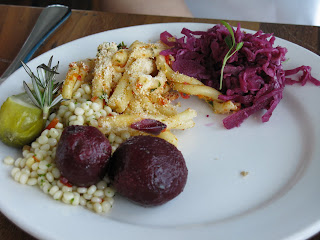 Then we had fries, roast pork, cheese baked scallop, choy sum and cheese baked fish as our mains. Of course, in between we did get another helping before moving on to desserts. 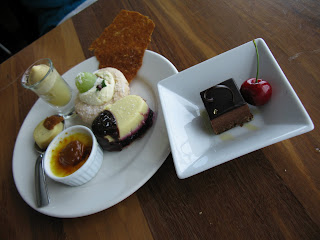 Among all the desserts, I like the chocolate cake the most. In the chocolate cake, there are traces of nuts and it is being decorated with a little pieces of gold and cherries. As for my friend, he enjoys the creme brulee. We loves it so much till we had second helping.

The total lunch buffet cost us NZD41.99 each.

After we were done with out lunch, we head to The Main Observatory Level to have an overview of Auckland city.

From The Main Observatory Level, we can spot Auckland's landmarks such as the Habour Bridge, the Port, Auckland War Memorial Musuem, the Marina, Mt Eden and Albert Park but not the Sky Tower because we were in there! 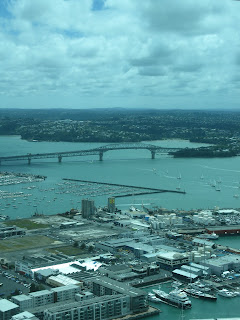 Apart from the landmarks, if you know Auckland well enough, you will also able to spot a few of the famous island in Auckland such as Rangitoto, Waiheke,Kawau, Motuihe and Great Barrier Island which are the popular day trip destinations. 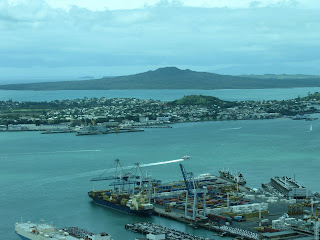 The Main Observatory Level also provides a clear view of volcanoes around Auckland.

Other than viewing only, there are also a few activities provided by Sky Tower. One of it is the SkyJump. If you are adventurous enough, SkyJump is definately one of 'don’t miss!” experience for you. SkyJump can be described as Base Jumping while attached to a wire with the height of 192 metres. It takes approximately 14 seconds of fast and smooth fall before slowing in the last few metres to land gently on the ground.

Another adventurous activity provided is the Sky Walk. SkyWalk allows you to walk 360 degree outside The Observatory restaurant with the height of 192 metres. It is a very safe activity as you are walking around Sky Tower with the safety harness belt on you and being guided.

We are not adventurous person, hence we give these two activities a miss when we visited the tower and headed to our next itinery of the day.