Afternoon Tea at The Langham, Auckland

It has been a long time since I had my afternoon tea. I can't even remember when was the last time I had it. Could it be like 10 years ago? Well it doesn't matter because during my visit in Auckland, I had Afternoon Tea at The Langham hotel.

How do afternoon tea come about? It was found by Anna, the 7th Duchess of Bedford in 1840. Back then, dinner was not being served until 8.30pm or 9.00pm in the evening and even later during summer. Hence, while waiting for dinner to be served, Duchess felt hungry and ordered small meal of breads, butters and pastries to be served at her boudoir secretly everyday. When her small meals habits were being discovered, it eventually became popular and widely known as afternoon tea.

Afternoon tea in The Langham are being served in The Winery from 12.00 noon until 4.30pm. The Winery are being decorated with huge chandelier, small round tables surrounded with couches and chairs with pillows and a bar counter at the side. The total decorations potray the English look of how an afternoon tea was served back then. 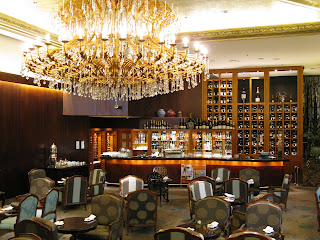 View of The Winery, The Langham, Auckland

The Langham served two types of afternoon tea which are:-

As we entered The Winery, we stopped and waited to be seated since we made a reservation earlier. We were kept waiting for about 10 minutes before we were given a place. The reason why we were kept waited because there was someone else who jumped the queue and made the waiter or waitress served her first as they didn't realised that it was us who arrived first. Some points have been deducted from the service provided by them. However this hasn't spoilt our mood for the afternoon tea that we were looking forward to. 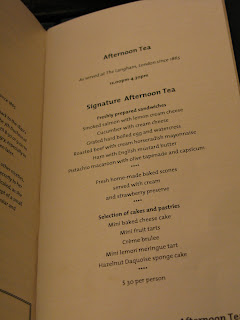 When we were seated, menu was given to each of us with a brief explanation of their selections of afternoon tea. Then we were being served with a glass of iced water with a slice of lemon. 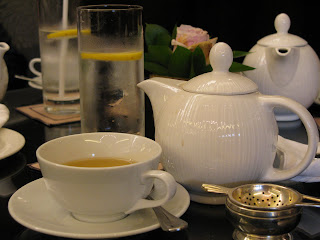 The Signature Afternoon Tea for 3 person were served in a three-tier platters of exquisitely prepared sandwiches, petit scones and delicacies. At the begining, they provided only a serving for two due to the limited space on the three-tier platters. Half way throughout our afternoon tea, another serving of each items were being replenished. 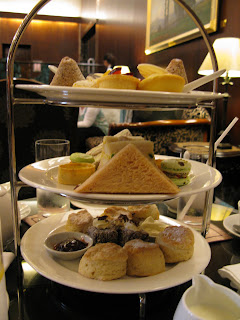 We started out afternoon tea with the middle platter which served the freshly prepared sandwiches:- 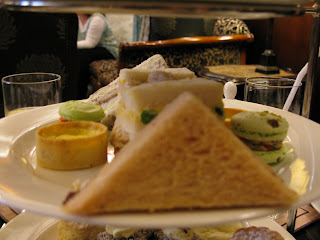 Then moved on to the lowest platter which served:- 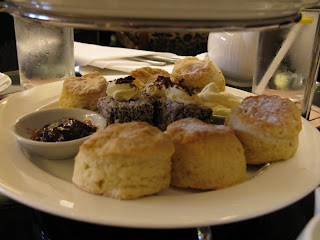 And to the top most platter which served the selections of cakes and pastries:- 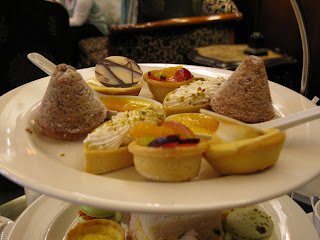 When we were about to finish all the three platters, we were being surprised with another two servings which were:- 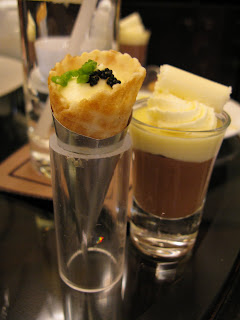 It took us around 2 hours plus to enjoy all the three platters food. Of all the delicacies served, I personally enjoyed the:-

I personally find all my favourite food above YUMMY!

However, one word of advise for all the small eaters, do not have any breakfast or lunch before the afternoon tea else you won't be able to enjoy all the food served.