Watching the MasterChef New Zealand program had introduces me to a few good restaurant around Auckland. In one of their episodes, the contestants need to cook Indian cuisine and choosing the right spices from those that were provided. The winner of the challenge get to enjoy a good meal from the famous Indian Restaurant in Auckland, which is Satya.
There is where I know about Satya, and told my partner that I want to have a meal there one day. Finally, I am there last Sunday to try out the dishes in Satya.
Satya, which is being pronounced as "Sa-thia", has three restaurant around Auckland. The one that I visited last Sunday was the Satya South Indian Restaurant located in Ponsonby.
The size of the restaurant is similar to some small Japanese restaurant sizes. And, there's people staying just right above the restaurant which I suspects are the owners and families that are staying there. Therefore, there isn't much space to move around, but still provides a comfortable environment. Besides that, you get to enjoy the Indian music while dining in. Isn't that authentic?! 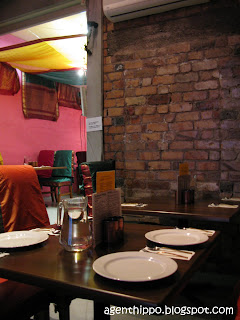 There were 3 of us again, and as usual, we shared our portions.
My partner had chosen to order the Bhel Puri as the starter, where he actually wanted to introduces us to Pani Puri instead. As according to Satya menu, Bhel Puri is a very popular road side snack in India. The Bhel Puri contains rice puff, chick peas, nuts, boiled potatoes, tomatoes, carrots and coriander which were all mixed up together and served with tamarind sauce. It was my first time trying it, and it tasted quite nice and special. 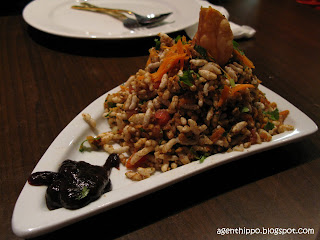 As for the mains, we ordered a masala dosa, chicken tikka masala and Satya dried curry fish. We had our mains together with a portion of rice. Usually one portion of rice served by Indian restaurant is enough to fill up at least 4 of us. 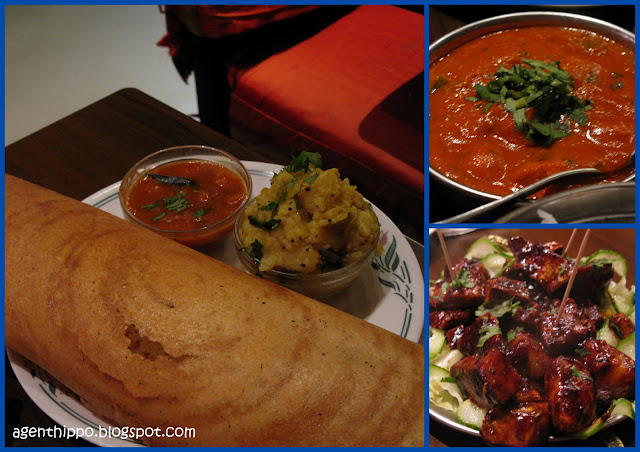 All the food tasted good. The freshness of the ingredients and spices that they used brings out the flavours of an authentic Indian cuisine.
It was a really satisfying and fulfilling dinner. What more surprising, that it's also economical and delicious!
Satya South Indian Restaurant
17, Great North Road,
Ponsonby, Auckland.
Phone: 09 3613612
Website: http://www.satya.co.nz/
Posted by Agent Hippo at 10:33 PM