This year, New Zealand is hosting the Rugby World Cup event throughout the country. Therefore there were a few opening night events happening around the country. Of course, the main one was at the Eden Park stadium where the first game kicks off with All Black vs Tonga at 8.30pm. Apart from that, Auckland City did had some activities going on too.
Therefore, my partner had taken a day off from work to bring me down to the city to experience the once in a lifetime experience of Rugby World Cup 2011 Opening night in Auckland city. This is a big hit thing in New Zealand because the New Zealanders are so passionate about rugby. All Black is a men's national rugby union team that represents New Zealand in international rugby union competitions. It is also one of best team around the world. Therefore, we went down to the city early in the morning to avoid the heavy traffic.
As we walked along Queen's Street that afternoon, we saw a lot of Tonga's and All Black supporters down in the city. There's one particular MPV that created noise along Queen's Street as it drove down to downtown. The MPV was covered with lots of Tonga's flag and it honk it's way down. 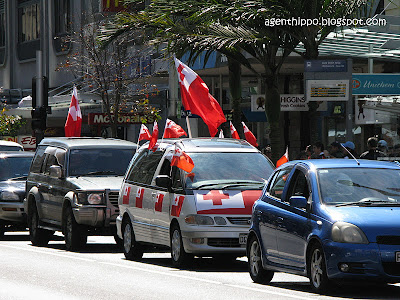 By the time we were at the Quay Street, it was around 12.30pm, and there were already quite a lot of people queueing up at the entrance to the Queen's Wharf. Since the Queen's Wharf only opens at about 4pm, we adjourned to our usual place, Barabra cafe, for some coffee and drinks. 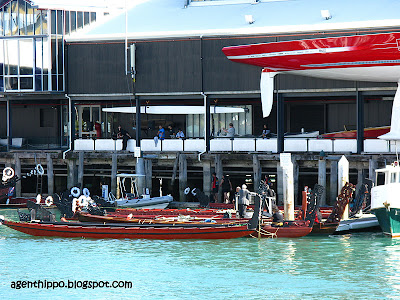 Sitting by the cafe, we managed to watch some rehearsal going on before the opening night. The rehearsal includes paddling Waka boat, dancing and music playing on one of the ship. 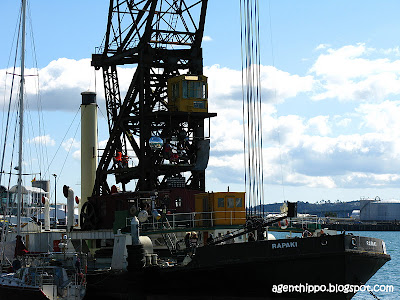 When it's about 3pm, the whole area was already jam packed with a lot of people. Especially at the Queen's Wharf and Princess Wharf, where we were that time. Before that, we actually planned to go over to Queen's Wharf to witness the opening, but due to the amount of people around the city, we decided to just station ourselves at Barabra cafe till the end of the opening event. 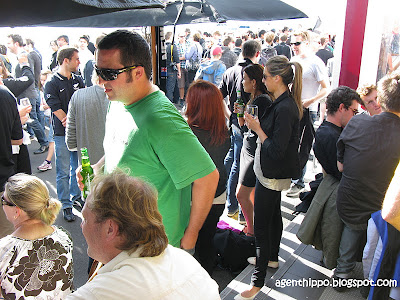 The opening event started with arrival of Maori's Waka boats moving from the Princess Wharf to the Viaduct Basin. Once the event started, all area was jam packed with people. I couldn't even get a glimpse of the Waka Boats till I actually climbed up the sofa's arm at Barabra's Cafe. Just look at the amount of people through the picture below and you will know what I mean. Besides, if you did watched the news previously, you know how much people were there. 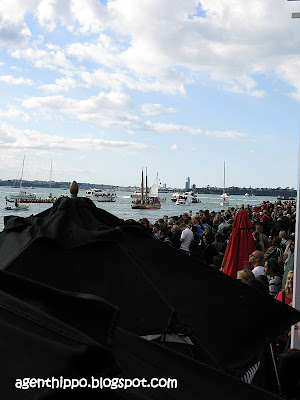 Only by climbing up at the sofa's arm, I managed to catch a glimpse of the Waka boat's movement to the Viaduct Basin. Besides, with that, I am able to take some clear photos without the crowds' heads. 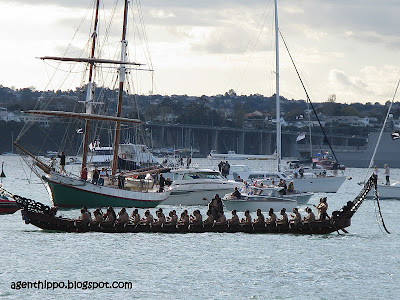 There were also a lot of boats sailing out at the Viaduct Habour to get a better view of the opening night event activities, by looking at the photo above.
After that, I walked out from the Princess Wharf to catch a glimpse of how's the crowd like outside at Quay Street, while my partner still sitting down at Barabra cafe to save ourselves a seat throughout the night. All I saw was crowds and crowds of people everywhere. 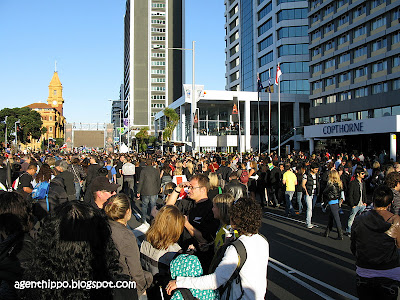 The whole Quay Street was jam packed with people. 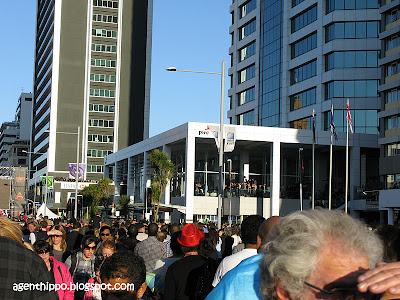 There's a lot of people at the PWC building and also above the HSBC building. 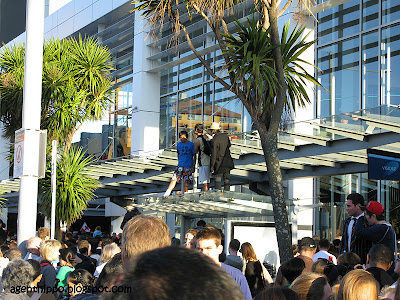 There's also some that would just climb up onto the bus stop's roof to catch a glimpse of the activities at Quay Street.
All in all, the city was packed with thousands and thousands of people. You can also have an aerial view of that day through the TVNZ website (http://tvnz.co.nz/national-news/aerial-video-fans-pour-into-auckland-cbd-1-46-4394682).
Then at about 8pm, the sound and light show comes to live featuring Auckland's biggest and brightest fireworks and light show set to music composed specially for the occasion by Don McGlashan.  There's fireworks from the Auckland's Sky Tower and also from the Viaduct Habour.


Once the fireworks ended, we walked back to our car and leave the city before everyone moves back home again. By the time we're home, we still managed to catch the second half of the game that night.
It was an eventful day.
Posted by Agent Hippo at 3:02 PM