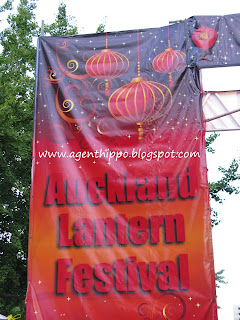 This is so far the largest event that I had seen during my almost 2 months stay here in Auckland. Look at the photos below on the crowds that attended the event and you will agree with me. It is very jam-packed with a lots of people and I had to be extra careful with my belongings too in order to avoid anything being missing. Besides, I also had to hold tight to my partner in fear that I may lost him. (Yes, I know we can contact through mobile if we got separated, but still I want to avoid that to happen.) 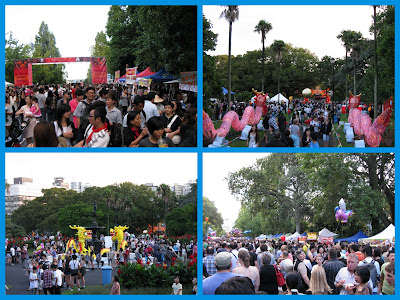 In this Auckland Lantern Festival, there's a lot of different shapes and concept of lanterns being decorated around Albert's Park. As one of the radio station was giving away chances for people to win a trip to Hong Kong for two, there's Hong Kong concept lantern being featured. Since this is a festival that are celebrated by the Chinese, there's some Chinese people character lantern, Chinese most auspicious animal lantern - the dragon, Chinese Buddha lantern and many more. Besides that, to signify the festival in New Zealand, there's black and white cow lantern. 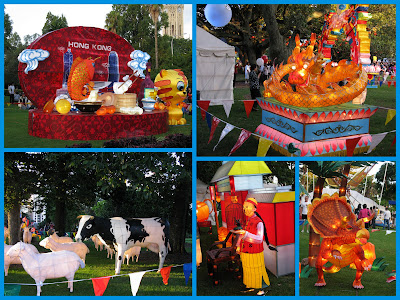 A lot of people were attracted by the different types and shapes of the lanterns. And with the new technology now, everyone is polishing their photography skills in this event. And of course there's people who took photos for their remembrance. 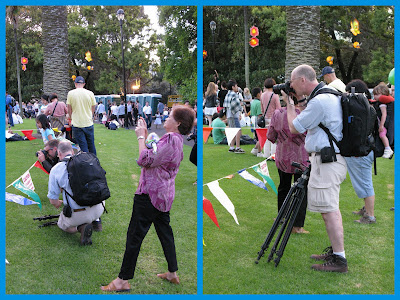 Apart from all the lanterns decorations, there's food, souvenirs and games stalls all around Albert's Park. There's one street particulary dedicated to the food stalls whereby there's two long rows of food stalls selling different types of cuisine. For example; there's a Malaysian stall selling murtabak and etc, a Japanese stall selling dorayaki and a lot more. The food stalls here were so much more as compared to the night market in Westfield Pakuraga's carpark. In my opinion, if the night market is able to invite as many stalls as the lantern festival, it will be a successful night market that managed to captures a lot of visitors and buyers. 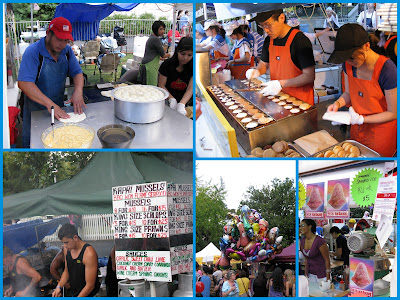 Since there's two long rows of food stalls, there's a few recycling center and rubbish disposal area being set up. Every recycling center/ rubbish disposal area had one personnel to guide you through the disposal/ recycling as there's a total of 4 bins in each center. What so cool about it, it's that before I choose the correct bin to throw my stuff, the personnel in charge already open up the bin's cover, and I don't even have to read and think which is the right ones. 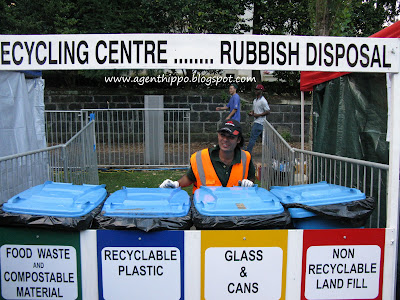 Performances were also available throughout the night of the event. I saw this couple performer walking around and I don't have any clue what are they doing. Perhaps walking to the performance stage I guess. 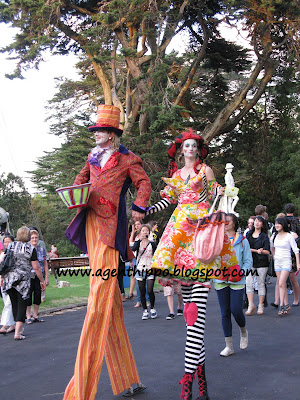 As there's very big crowd in the festival, myself and my partner decides to leave before the sky turn dark to adjourn to our tea and cigars session as we already done with all our photo taking sessions and walking around.
Posted by Agent Hippo at 1:06 PM