It's summer now in New Zealand and cricket is in the season again!

No, I'm not talking about ICC Cricket World Cup 2011 which is held at India, Bangladesh and Sri Lanka. But I'm talking about cricket, the insect. 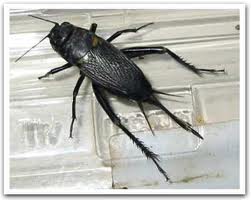 Yesterday night while myself and my partner were enjoying the cigars and rum outside our home, we heard lots of crickets chirping around and communicate with their colony all over. 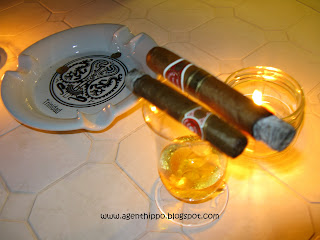 As it's night time, the chirping tends to be louder and during the day time. Hence we decided to record it down and post it here, but unfortunately I can't upload it up here as it taking more than an hour to do so. Hearing all the chirping kinda irritates myself and my partner, but there's nothing much we can do for as long as the cricket didn't crash into our home.

According to sources from Wikipedia, there 4 different type of cricket chirping song. The calling song attracts females and repels other males, and is fairly loud. The courting song is used when a female cricket is near, and is a very quiet song. An aggressive song is triggered by chemoreceptors on the antennae that detect the near presence of another male cricket and a copulatory song is produced for a brief period after a successful mating.
Should you be visiting New Zealand during the summer, don't be surprise to be hearing lots of cricket chirping song while you are here. (Especially during the night time, when it's all quiet.)
Posted by Agent Hippo at 2:19 PM