As per planned by my partner earlier is to try out Morita, Japanese restaurant that's located at the city. However, we were explained by the waitress that the restaurant served only degustation meal for dinner which cost about NZD80 per person. Hence, we re-route to Sansui, which happened to be situated just next to Morita. 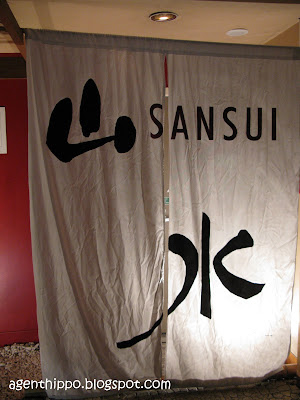 The restaurant is located behind the Stamford Plaza Hotel. As you entered the building, you will need to climb up a few steps of stairs before you reach the restaurant upstairs. Along the stairs, it had been decorated nicely like a mini Japanese garden. Therefore, you can immediately relate it with Japan or you may think that you are in Japan. 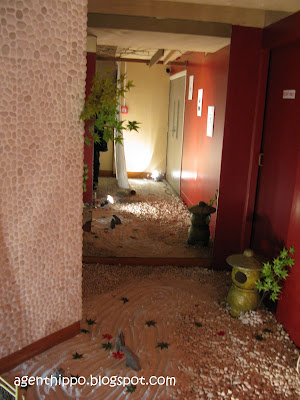 All the staffs working in the restaurant are Japanese as well. It is no surprise as you will find most Japanese restaurant employed Japanese as their workers as well.
The restaurant provides a divider among each table, creating privacy to all the customers that are enjoying their meal. Along the large window of the seating, it is also being decorated with miniature of Japanese products and some origami. The one which was being decorated next to my seating was a miniature bamboo made water well pump. 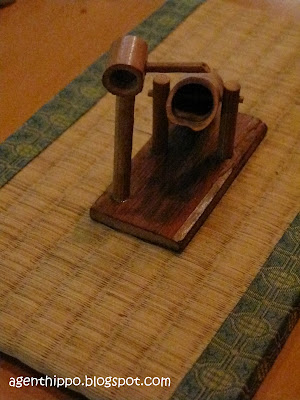 Looking through the menu, you know that at Sansui, they are promoting healthy eating as each of the food served were being explained of the benefit of the certain ingredients used.

After placing our order, we were served with warm towels. 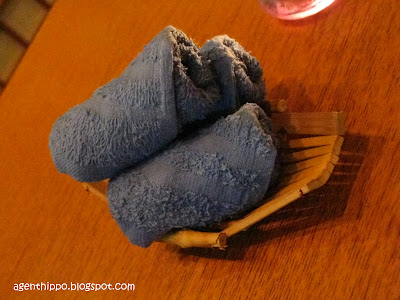 Then we were given a plate, sauce plate and chopsticks each as we were sharing all our food. Instead of using a chopsticks rest, they use an origami chopstick rest. 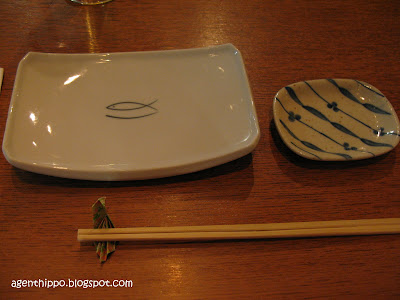 For entree, we ordered a plate of edamame. The edamame was being served warm instead of cold. 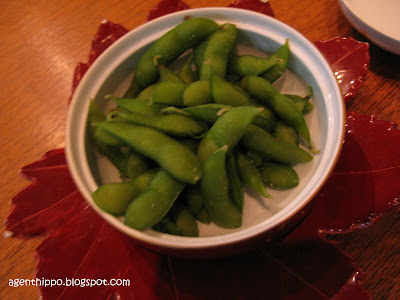 As my partner looking through the drinks menu, he was attracted by this green tea cocktails. It was something new that we tried. The alcohol content wasn't very high and it was very refreshing. 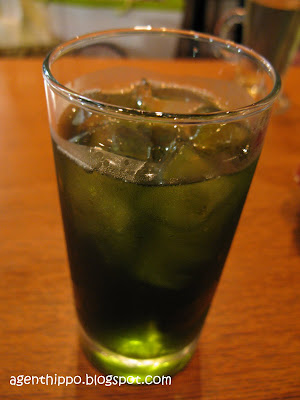 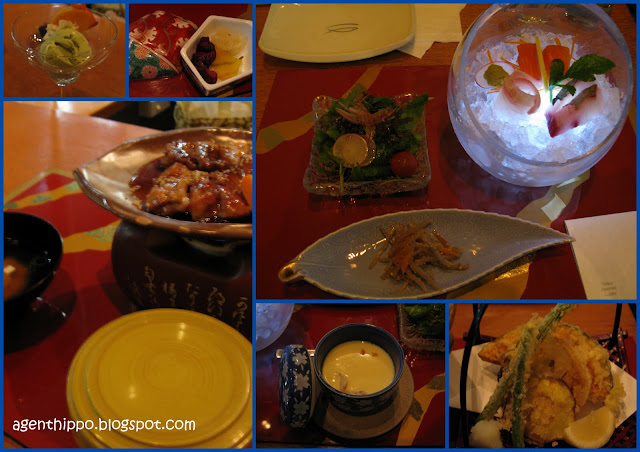 The chawanmushi was served in a little cup with lit. The different of this chawanmushi to the others that I had was that, there's an salmon fish added into it in addition to mushroom, chicken meat and prawn. Meanwhile, the sashimi was being served in a bowl full of ice to keep the fish fresh, and there's light underneath as well. A very attractive presentation. The batter of the tempura were good as it was so light and crunchy as the same time. Bravo! 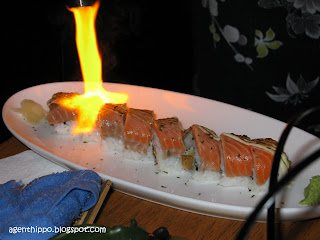 Towards the end, we were quite full already. But since this was our first time visiting the restaurant, we were tempted to try out the desserts. So we ended up ordering a dessert assortment platter and the egg of dragon in the flame.
The dessert assortment platter consists of green tea ice cream, Go! All Black! - black sesame panna cotta, tofu chocolate mousse and deep fried ice cream - deep fried daifuku. In just a platter, you get to try 4 different types of desserts from Sansui, which is almost equivalent to about 50% of the dessert from the menu. All tasted so good. 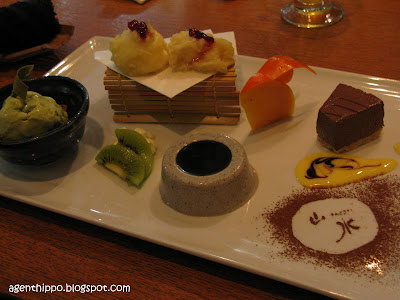 The last dessert was the egg of dragon in flame. It's actually daifuku, whereby it was being flamed up while serving. As you can see from the photo, the blue colour is actually the flame. 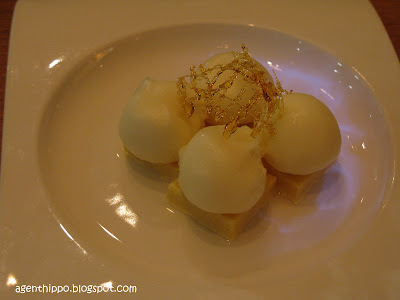 ﻿Overall, we were happy and amazed with the creative presentation of food in Sansui. In my opinion, Sansui is a Japanese restaurant which is quite on par to the Japanese restaurant that I had in Australia. Of course this is not in terms of fine dining, whereby it's totally different compared to Soto in Auckland.
Afterall, we found Sansui by luck! And I am happy with the standard and food quality provided in Sansui.
We will definately back to Sansui again to try out other food from their menu.
Sansui Japanese Cuisine & Bar
Swanson Street,
Auckland.
Phone: 09 377 1347
Website: http://www.sansuinz.com/
Posted by Agent Hippo at 10:00 AM