My partner's mum birthday falls in the month of January. As usual, my partner will be buying his mum a meal for that special day. He had suggested two different restaurant for the dinner which are Soto and Meredith restaurant. However, my partner's mum had chosen Soto as she preferred Japanese food. This year I am lucky to be able to tag along for the dinner as I am still here in Auckland together with them. 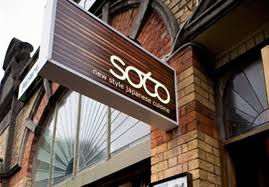 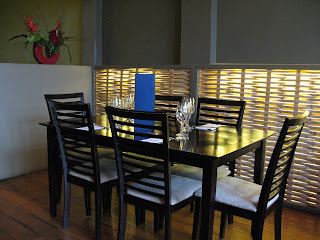 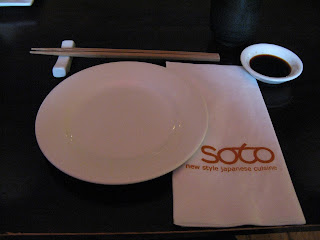 Since there's 3 of us, we had order 2 "Tensin" Style Japanese Set Menus, which were the A Taste of Everything and Soto Signature Selection sets. In addition to that 2 sets, we ordered 2 sets of pacific oysters platter.
There are three different oyster's sauce in the pacific oysters platter. Each oysters were served in a cocktail glasses with ponzu citrus sauce, Soto special sauce and spicy sauce. Since there's a total of 6 oysters, each of us got to eat 2 oysters each. I managed to try the oysters with ponzu citrus sauce and Soto special sauce. The oysters weren't very big, but it was very fresh and sweet. 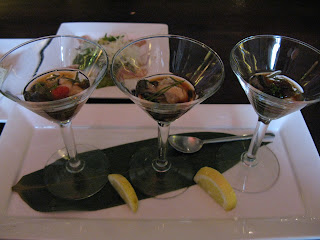 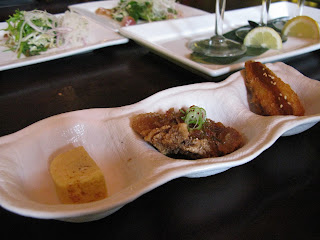 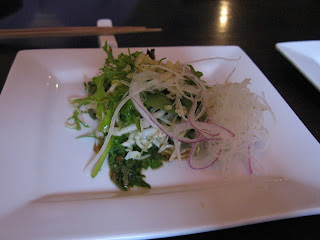 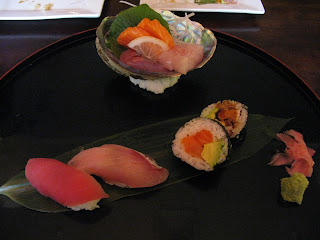 6 pcs of Sashimi, 2 sushi rolls and 2 pcs of Nigiri 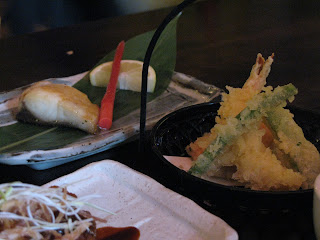 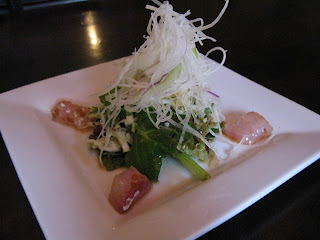 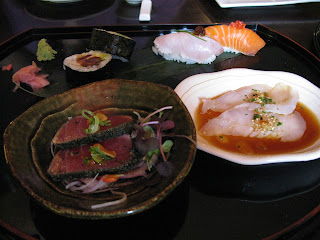 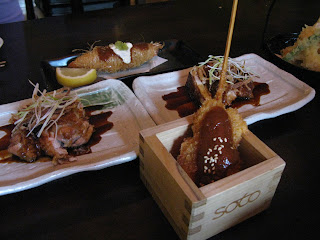 Overall of both the "Tensin" Style Japanese Set Menus were very good. The dishes that caught my attention are the paradise prawn filo tempura and manuka infused chicken terriyaki. It was my first time seeing tempura with filo pastry, and it was very crunchy and flaky yet not oily at all. Meanwhile, the manuka infused chicken terriyaki was good too. Because it is infused with manuka, it's not very sweet. The taste both the saltiness and sweetness of manuka blends well totally with the chicken terriyaki. Besides, there's also fried onion being sprinkle on top. 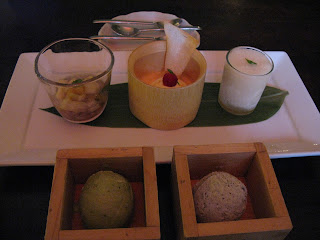 When we were done with our sets, we ordered an additional dessert taster platter of three. We chosen the plum wine sorbet, japanese vodka "Momo shochu" poached spring fruits with kanten jelly and Japanese cheese cake. The first one that I had tasted was the plum wine sorbet. The first mouth tasted like cough medicine. However, after the second mouth, it taste so much better. Of all the three, I like their cheese cake the most. I would say it's a mousse cheese cake and the texture is really smooth that it melts in your mouth immediately.
The overall experience of Soto restaurant food and ambiance was really good. When my partner was paying the bill, he saw a flyer on the counter that promoting another new subsidiary opening of Soto restaurant, which is the Cocoro. It is a restaurant with different concepts where it serves only tapas or degustation meal. We will definately find a day to try it out and I will definately blog about it again.
Soto
13 St Marys Rd,
Ponsonby,
Auckland.
Phone: 09 360 0021
Posted by Agent Hippo at 3:14 PM