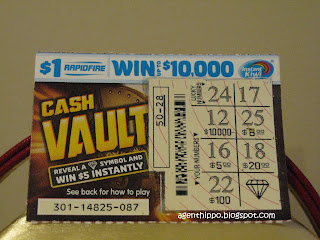 As I am not a big gambler with big hopes, I always go with the NZD1 Instant Kiwi. I will normally buy 3 Instant Kiwi or redeem my rewards like on a weekly basis. So far I had managed to win a NZD1 Instant Kiwi ticket, NZD3 and NZD5. My highest records for the rewards so far is NZD5. Usually I will use the rewards to redeem back the ticket. Hopefully luck be on my side for a better rewards.
I enjoy playing Instant Kiwi as it gives me the excitement especially when scratching it and I look forward to achieve in getting higher rewards each time. However, the most common ones that I gotten are usually NZD3.
To know more about Instant Kiwi, go to their official website at http://www.mylotto.co.nz/.
Posted by Agent Hippo at 3:32 PM